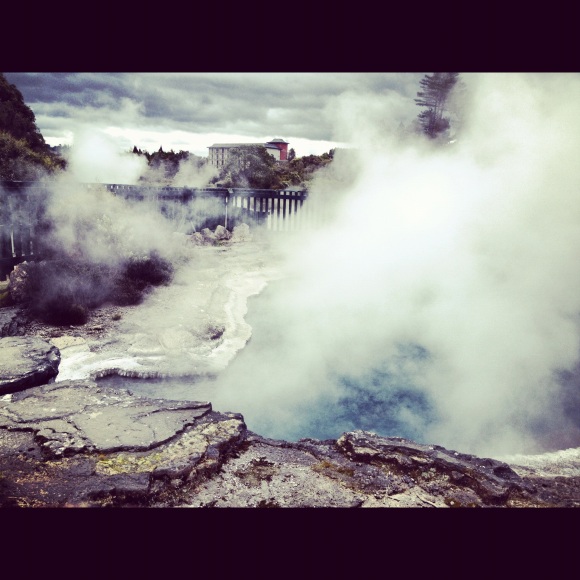 I’m having the strangest moment right now. You know that scene in “Girls” when Hannah goes back home and she’s getting ready to go to that party and she’s reminding herself that she is interesting?  She says something like “Of course I’m interesting, I’m from New York!”  Well I’m having one of those moments right now.  For some odd reason, I’m feeling slightly insecure walking around this Auckland suburb called Ponsonby. Don’t get me wrong, I totally dig it here, but there’s something about getting out of a city and just exploring “nature’s wonders” that really alters perspective.

It’s been a whirlwind of a trip. I mean I made a bloody excel spreadsheet to manage the chaos I created for myself.  Thirteen days and 2000 kilometres later, saying I’m a bit exhausted would be an understatement.  It took everything in me to get myself off my bed this afternoon, but there was no way I was going to let my last night on this glorious island be spent on a faded Hawaiian print bedspread surrounded by newbies and foreigners. I wanted to be amongst the common folk, so naturally I have found the most hipster bar in all of Auckland to round off my journey.  And what a journey it has been!

I could spend hours describing the spectacular things I saw starting with rapids, Jurassic Park, scaling hilltops, stunning/solitary black sand beaches, torrential rains accompanied by gale force winds, and coming face to face with a life that existed easily 3000 years before my parents even considered bringing me into this world.  This is all before I even went to the end of the world and greeted the Maori point of departure from this life.

And now that it’s all said and done I must say my favourite part of this has been the connections I’ve made. Mind you, that’s always my favourite part!  Some of my best friends live millions of miles away from me, but the excitement lies in the new adventures we’ll embark on together.  I suppose the best part of meeting travellers is always having and excuse to travel.